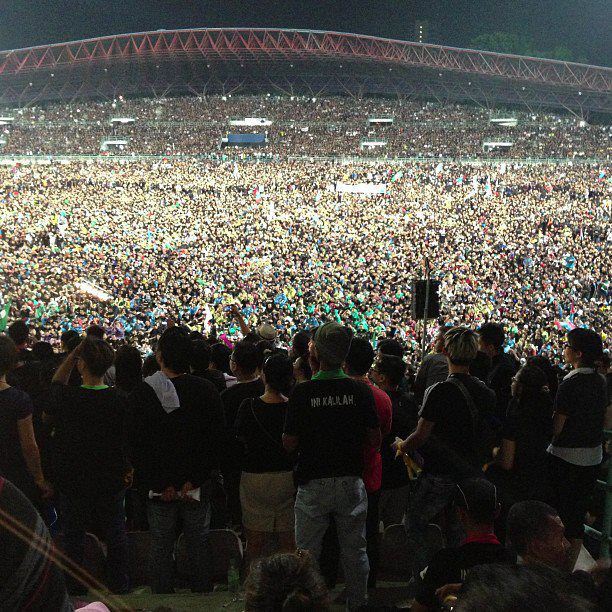 Link to the live speeches (till the end I suppose):
http://www.youtube.com/user/malaysiakini?v=vTD_9xotR80 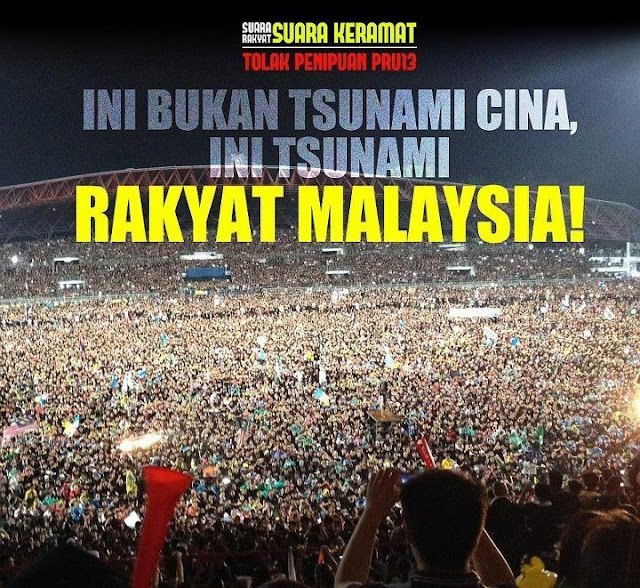 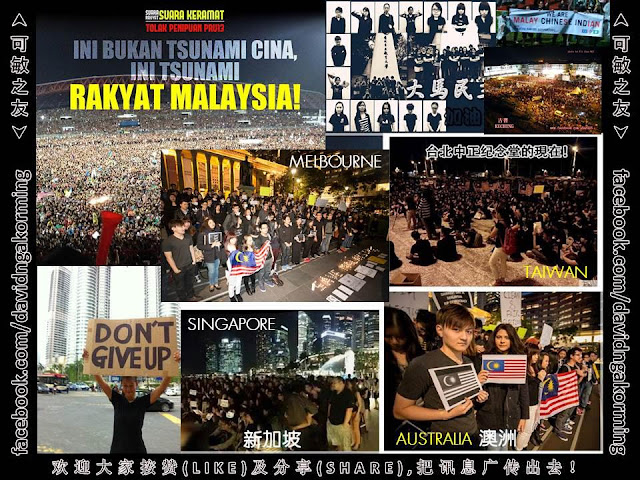 Ohhh....come on, stop living in denial. Opposition always oppose EVERY SINGLE THING. They don't believe in police, armed forces, court, newspaper, election committee....let alone goverment itself....whereas majority opposition work in those institution as well. It's not like these institution recruited only people who support BN right? How sure are you that the opposition working in these field did not do the sabotage work? So simple to blame the whole institution.....every thing is BN faults. Don't tell me the opposition leader has not done anything wrong at all? You think they are saint? They are also human mahh......how sure are you they are not practising corruption too??? If an evidence pop up onto the opposition party......surely it's BN doing. What sort of denial is this?? You ALL are not being FAIR at all. Whateva the issue is.....let those people who are accused fight in the proper channel through court n police.......we as the observer DO NOT GIVE THE VERDICT.....as if you guys actually studied laws, economics, etc to begin with.

What BERSIH??? Even DAP internal election is corrupted......& still under investigation. Why don't u all rally about this??? Why Ambiga mum about this?? Transparent konon.....

Why are you afraid to show your name? You are entitled to your opinions. Anyway, if you still can't see the through the propaganda as news; can't see how Anwar was persecuted; can't see how Teoh Beng Hock was harassed for Rm2400 until he paid for his life; how goodies were distributed during campaign period by so-called caretaker PM; how mega projects ensured BN politicians to become super rich while on meagre salaries; how BN politicians travelled first-class at our expense; and so on (the list is endless).

As for EC, my name was hijacked to a Malay kampung (under Gopeng) since GE10 until I complained and changed for GE 12 and 13 back to my original Batu Gajah address; what more proof do you need? Even for GE13, there are some incontrovertible evidence like people found their names cancelled because some people voted before them.

We should wait for further evidence which are being collected and collated for court hearings later.

As for party problems within PR, it is a matter for their members to sort out. If you can't see how ROS was used to confuse voters just before GE; how earlier a few DAP members' complaints were taken to be so serious as to merit ministerial comments and televised; you are still entitled to your beliefs and opinions.

the police and the court are controlled by the government, that's a fact, the police and the Malaysian judiciary system are at the disposal of the bn government, any allegations against the government will be handled recklessly by the police and even if any cases were filed and made it to the court ultimately it will be ruled in favor of the government regardless of the fault being on the governments side...the election committee comprising of mostly ex umno members are controlled by the goverment, thats a fact, all allegations made against the ec are denied with the most pathetic reasons...the foremost Malaysian media such as tv3, awani, bernama, utusan, star are controlled by the goverment, thats a fact, u can clearly see this all the time when fabricated news published or broadcasted scrutinize the ones who are against the goverment, not only that but people are also deceited into believing fake news(violation of basic rights to know the truth)... also this sort of medias should be neutral, never should be used as a medium of propaganda to campaign against the opposition as its totally unfair and bias...people get fed up u know if the government constantly throws fake news to them trying to hide so many things, and the true denial is to say that this government is not corrupted...the current ruling government (bn) has been in power for too long that the cronies were so comfortable plundering the wealth of the nation (corruptions) and successfully covering up each time, well unfortunately in these past few years thx to the internet and few courageous figures more and more of bn governments misdeeds are coming to limelight, the people are becoming smarter and aware of this issues, and people are also aware that the well-timed 1malaysia policies and schemes are sort of diversion and winning back formula targeted at the populace... the previously unchallenged position of bn is in great danger because of the rising popularity of pr and they (bn) have lots of reasons to be scared (clearly seen in the dirty GE13)...its time to teach bn that they are not Godlike and this is democracy, if people lost faith in u plz take the exit n wait until the next election...n if the opposition leaders are corrupt as well (which we will only know if they are in power), then switch the government backla, wats the big deal, this is democracy ma :)